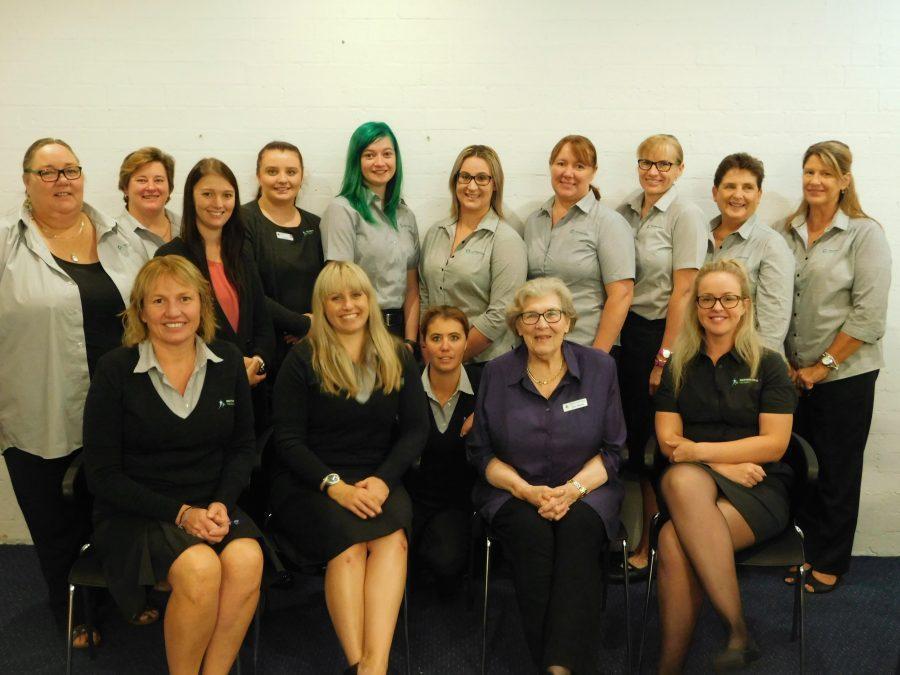 International Women’s Day (March 8) is a global day celebrating the social, economic, cultural and political achievements of women. The day also marks a call to action for accelerating gender parity.

Southern Cross Housing Board Member, June Stevens spoke to the team about the professional and personal challenges she has experienced during her career.

Starting as a Primary School Teacher, June later retrained as a Psychologist and worked for many years within the Family Law Court of NSW and as a Private Practitioner in Family Therapy in the Shoalhaven.

June spoke of her bold role in bringing together 48 Lifeline Centres nationally to implement a national network for telephone crisis support, a service which now receives almost 1 million telephone calls per year from people in crisis.

Through her story, June encouraged the women and men of Southern Cross Housing to be bold in their endeavours to bring about positive change within our community, and never under estimate the impact one person can have on a community, or in June’s case, a nation.

Alex Pontello, Southern Cross Housing CEO shared “June epitomises this years’ theme on International Women’s Day #BeBoldForChange. As a Director of Southern Cross Housing for the past 15 years, she has continually provided bold leadership, inspired and challenged our organisation to be our best. I’m so pleased our team was able to hear first-hand her personal and professional journey as part of International Women’s Day”.